Globalisation has had an enormous impact on business, technology and education, and in response the Japanese government has been encouraging students to develop higher-level skills to compete and cooperate internationally. For example, the Project for Promotion of Global Human Resource Development stated its aims were, “to foster human resources who can positively meet the challenges and succeed in the global field, as the basis for improving Japan’s global competitiveness and enhancing the ties between nations” (MEXT, 2012). To accomplish this, the government is promoting the development of language skills and in particular advanced linguistic activities, such as debates and classroom presentations. This new focus on English as a Lingua Franca (ELF) has increased pressure on both language learners and teachers in Japan to master new skills. Students in Japan learning English as a foreign language have limited access to authentic and meaningful communication in English both inside and outside the classroom, and to address this problem and to develop students’ linguistic skills we have been collaborating with QQEnglish to provide more experiences in which our students can communicate meaningfully in English.

In common with all university students in Japan, the students at our university have been studying English for 6 years and have extensive knowledge of English in certain areas, for example, grammar; however, they lack opportunities to put what they have learned into practice. In order to provide more practical opportunities in which to use their English all first year students take English communication classes which are usually taught by non-Japanese teachers of English, sometimes referred to as ‘native speakers’. However, the reality is that when students need to use English in the future they will probably not be speaking to a ‘native speaker’, but rather someone from another non-English speaking country. To both increase the amount of input and output the students have and to introduce them to English speakers from other countries we have been working with QQEnglish for the past 5 years. Four times a semester we connect with teachers in the Philippines on Skype using iPad minis in the classroom, and the students give group presentations. Initially, the Skype sessions we had with the teachers in the Philippines were a kind of added extra to the students’ usual classes, however, over the years they have developed into the central part of the whole semester’s study.

The 4 synchronous, online, computer-mediated sessions occur in the autumn during the second semester of the academic year. We have the same students for the whole academic year and have been working together since April, so by the time we start the sessions we know each other quite well. Since Japanese academic semesters run for four months, one session is scheduled per month in October, November, December, and January. In October, the students are given an orientation concerning the work we will cover during the semester and how the Skype sessions will be conducted, including the topics that will be covered and the dates on which they will be held. On the days we have the Skype sessions we need to move to a different classroom in order to have better Wi-Fi reception.

There are approximately 20 students in each class and they are assigned to groups of 4 or 5 which remain the same for all 4 of the Skype sessions. Initially the students were grouped randomly, but now we place them in groups with their friends to reduce their anxiety levels. Working in groups is very important as it provides a support network for the students. Additionally, there are usually several students from other Asian countries in our classes, for example China, Malaysia or Korea, and integrating these students into the groups also helps with the development of intercultural competence for all of the students.

Each session has a different topic and they progressively become more difficult in terms of cognitive load. In the first session the students introduce themselves to the teachers in order for them to get to know each other, and to start the process using a very familiar topic to the students so that they do not feel too anxious. The second one focuses on Japanese life and culture, and each group chooses a theme they would like to research and discuss, for example, Japanese festivals or food and each person within the group researches and presents on a different aspect of the topic. Again the subject of the sessions is something the students are more familiar with, and in which they are positioned in the role of ‘expert’. The third session is more challenging as the students are put in the role of ‘non-expert’ and asked to research and present about an aspect of Filipino culture. For example, one group of students chose “Industry in the Philippines,” and different members of the group shared information they uncovered about agriculture, fishing, electronics, shipping and tourism. Most of the students have little knowledge concerning the Philippines and as they are presenting to a Filipina person about their culture they feel quite anxious. These sessions, however have proved to be the most interesting for both the Filipina teachers and the Japanese students. In the fourth and final session, the students are asked to do a cultural comparison between the Philippines and Japan. They once again choose the group and individual themes themselves and work together to produce their presentations.

When participating in Skype sessions, each student is assigned a role: presenter, timer and recorder, reporter, and questioner, with roles rotating each time the presenter changes. The presenter speaks for five minutes; the timer keeps track of the time and records the sessions on a second iPad mini; the reporter fills in a short questionnaire giving feedback to the presenter; and the questioners are responsible for asking questions to the presenter. At the beginning of each session, the students greet the Filipino teacher and make small talk. The first time we undertook the sessions the students were unsure of how to begin speaking with the teacher and so we worked on some strategies related to how to begin conversations. The presenters each speak for 5 minutes using an informal presentation style supporting their speeches with pictures that they print out or draw. Their presentations are followed by two minutes of feedback and questions by the Filipino teacher, and two minutes of questions and discussion with other students, totaling nine minutes. Each group is allotted one hour, so usually there is plenty of time for everyone to take a turn, and some time left over for a group chat with the teacher.

In the classes before each session the students work together to prepare their presentations and practicing with both their group and other groups. We work on different areas of making a good presentation including, for example, how to order ideas effectively, voice and intonation. They also take turns filming each other on their smartphones so that they can see what they look like when they are presenting. Throughout the semester they are asked to provide constructive criticism to each other and also to engage in self-reflection, for example, after each Skype session, the students are asked to complete reflection sheets about themselves, concerning their performance, as well as other students’ performances.

The Filipino teachers give immediate, verbal feedback to students following their presentations, commenting on the positive aspects and advising on areas that need work. They also provide written feedback on the sessions to the teachers in Japan, describing problems encountered, positive results, and whether or not students were improving. The grades provided by the Filipina teachers are included in the students’ final semester grades.

The students have responded positively to the project. At the end of the semester they are asked to write about both the positive and negative aspects of their experiences. There are very few negative comments, although some students said that the number of sessions was too limited and they would like to do more. The largest number of positive comments refers to the fact that most students are pleasantly surprised that they can make themselves understood in English. Additionally, many say that they find the sessions enjoyable and feel that their English language skills have improved and as result feel more motivated to study English. The Skype sessions with the Filipino teachers place the students in an active role as users of English, and while they find this new role difficult, they also find it satisfying. This shift in identity from language learner to language user has consequences for the students’ perceptions of themselves, helping them to develop an image of someone who is a successful language user, rather than a failed language learner, and this success can be a powerful motivator. Another factor which contributes to their increased motivation is the students’ relationships with one another. The support of other students (and of course the teacher) is vital in creating a positive atmosphere, leading to feelings of empowerment, in turn generating feelings of increased confidence and motivation. A supportive classroom culture is vital to successful language learning, and the cooperative learning atmosphere created in the Skype activities provides this. Connecting with the Filipina teachers using Skype in the classroom encourages varying interaction patterns and provides many opportunities for the students to use English meaningfully. In addition, connecting with the Filipino teachers through Skype leads to the creation of a small, international community which encourages a more global outlook in which the students are active participants, not passive bystanders in their learning experiences. 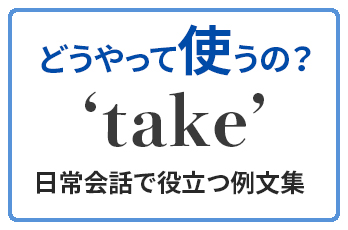 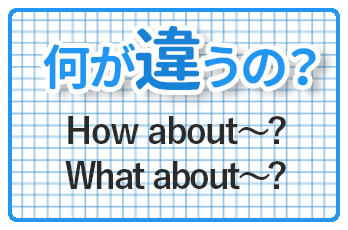 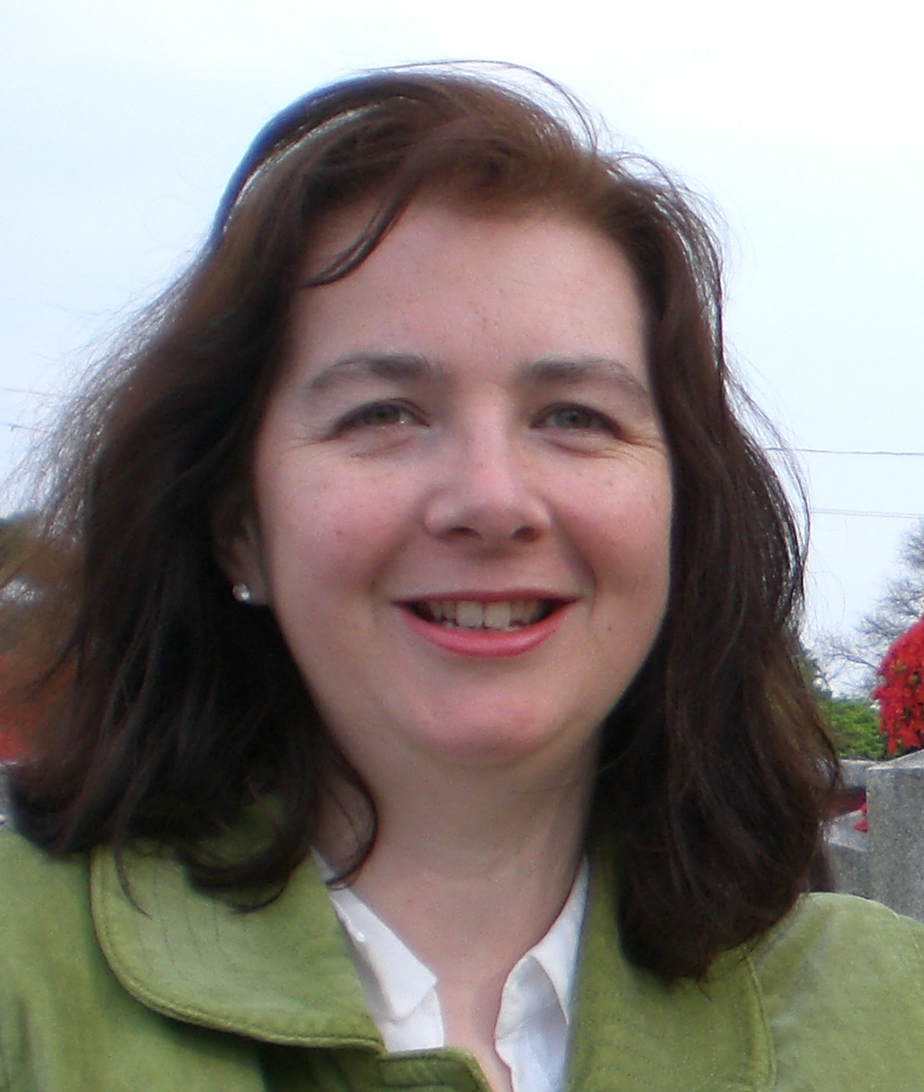